The devices used to measure exposure to RF radiation are Personal Exposimeters (PEMs). These are body-worn devices, which are meant to measure the instantaneous incident electric-field strength of RF radiation. PEMs have some clear advantages: First, they are worn on the body and will thus measure at the same location and time as the subject who is wearing the PEM. Second, they can measure simultaneously in different frequency bands. However, these devices are affected by severe measurement uncertainties, in which the uncertainty caused by the presence of the body is an important factor. 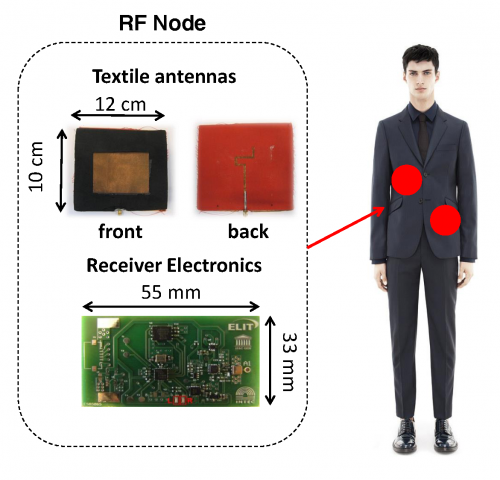 In this area of research, the waves group has acquired several competences: